During a candid interview with Andy Cohen on "Watch What Happens Live," Dolly Parton opened up about her music career, revealed some future projects and debunked a decades-long Hollywood rumor.

We've rounded up the 11 most interesting facts from the wide-ranging interview, including how she used the royalties from Whitney Houston's cover of "I Will Always Love You" to invest in a Black neighborhood.

She invested in "the house that Whitney built."

In one round of questions, Parton was asked what her best purchase was using the royalties from her hit song "I Will Always Love You." Parton wrote the song in 1973 and it broke records after Whitney Houston performed it nearly two decades later in 1992.

"I bought my big office complex down in Nashville and so I thought, 'Well, this is a wonderful place to be,'" Parton recalled. "I bought a property down in what was the Black area of town and it was mostly just Black families and people that lived around there ... I thought 'Well, I am going to buy this place.' It was a whole strip mall and I thought this is the perfect place for me to be, considering it was Whitney, so I just thought, 'This is great, I'm just going to be down here with her people, who are my people as well.'

Our redesigned local news and weather app is live! Download it for iOS or Android

"I love the fact that I spent that money on a complex and I think, 'This is the house that Whitney built,'" Parton added.

In another video, Parton noted that she had never been asked to sing "I Will Always Love You" with Houston. 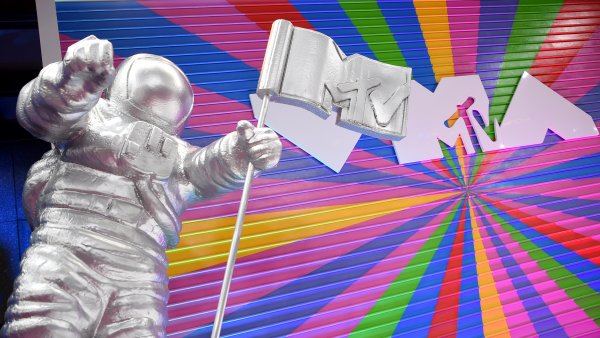 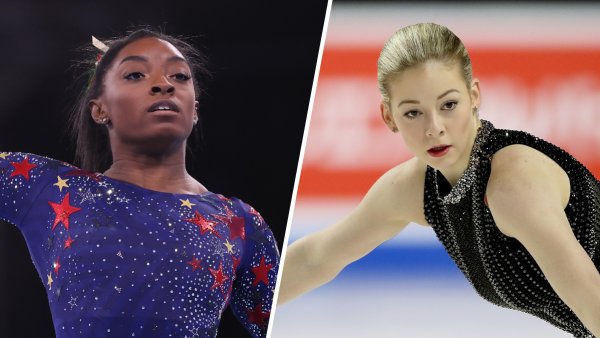 "I wish that could've happened," she said. "I would've loved that but I don't think I could've come up to snuff with her though. She'd have outsung me on that one for sure."

She recorded a song with Reba McEntire.

While Parton and Houston may have never worked together, the country singer revealed that she and friend Reba McEntire have finally recorded a duet together. The song, a new version of McEntire's hit "Does He Love You?" will appear on McEntire's new album.

"We did a new version of it. It turned out really, really good," Parton said. "I've always wanted to sing with her and I don't know why we never did it till now but we really sounded good together. I think the fans are going to like it."

The secrets of her wardrobe

"(Waist size) depends on what I've been eating!" Parton joked. "I think my waist looks small. My feet are small and my waist is small, as I've always said, 'cause nothing grows in the shade. My waist, I don't know, it's small. It depends on how tight I pull it. I can pull it to 20 or 21 (inches) if I really don't want to breathe that day."

As far as wigs go, Parton also joked that because she wears one "every day," she must own "at least 365," but she doesn't count how many she has in her collection. The only thing more consistent, she revealed, are high heels, which she wears even when running errands.

"A casual errand to me is the same as sitting around," she said. "Even when I'm old and in my wheelchair, I'm sure I'll be like Mae West in my high-heeled shoes."

How she keeps a positive attitude

Parton's good works are well-known: Her million-dollar contribution to the research that helped create the Moderna coronavirus vaccine made headlines and a literacy program she runs in Tennessee helps provide books to children in the state. Parton said that her positive attitude is enforced by doing those types of projects.

During her interview, Parton confessed that she loves watching the "lowest brow" television she can find and enjoys a martini with an olive on nights out, but her real favorite hobby may come as a surprise to fans.

"I love finding old houses, old shacky houses, and going in them and seeing if I can find old books or old pieces of glass, that sort of thing," Parton said. "I'm an adventurer. I like doing that kind of stuff."

Her take on the #FreeBritney movement

Parton said that while she tries "to not get involved in other people's business," she's sending positive thoughts towards Britney Spears while she fights her conservatorship in court.

The music star also alluded to having struggled herself to break out on her own.

"I understand all those crazy things, I went through a lot of that myself, through a big lawsuit in my early days with (singer) Porter Wagoner, trying to get out on my own, so I understand where she's coming from and how she feels," Parton said. "I hope that all turns out the way that it should."

Her thoughts on a Las Vegas residency

Fans might be interested in a potential Las Vegas residency for Parton, but the singer herself doesn't think one will happen despite inquiries.

"I've been asked about that a few times but I don't know that I'm able to work that hard for that long," she said. "That's really a hard job ... That's a lot of work and I don't know that I would want to build a show that big. I just go out and do what I do and mine's not all that much flair and glamour. I just tell stories, do my songs, so I don't think that's going to happen any time soon."

Has she ever smoked with goddaughter Miley Cyrus?

Parton quickly confirmed that she's never smoked marijuana with Cyrus, but she's "been around" the younger star "when she smoked a joint."

"We just get funny," Parton said. "She doesn't go around smoking, but yeah, I've been around her when she's smoking. I don't care. It's like that euphoric high you get, so I just get in there with her. Whatever."

What her home life has been like during the pandemic

Parton said that while staying home during the coronavirus pandemic, she and her husband Carl have gotten along well despite all the extra time together.

"We actually do all right," she said. "We've been together all our lives. He's very quiet and I was out doing what I'm doing in my studio ... and he's doing his thing at the barn or whatever so we actually do good."

The pair have been together for 57 years — and their relationship may have led to an interesting interaction between Parton and actor Warren Beatty. Cohen brought up a rumor that Parton had ignored Beatty at a party in the 1970s, and while Parton said she didn't ignore him, she hadn't been as close to him as other stars had been.

"Who could ever ignore that good-looking man?" she joked, laughing. "But I never made out with him, probably one of the few women in Hollywood that didn’t."

Who could play her in a biopic?

Parton said that she's given a lot of thought to which actor could play her in a movie about her life - but she still hasn't made up her mind.

"I have thought, different times through the years, that I was going to do my life story and I have had different people in mind and it just keeps lagging on because I can't do my life story because I ain't lived it yet," Parton said. "I don't know who it'll be when I get there but I'll just have to see who's the right one at that time. That might be a few years in the future."

Cohen asked Parton about her role as an uncredited producer on the show "Buffy the Vampire Slayer." Parton said that she was just a "small part" of the television series.

"I thought 'Buffy the Vampire Slayer' was a wonderful little show," Parton said. "With Sandy Gellen, my manager, we had a company called Sand Dollar, and we were a small part of that, and I was very, very proud to be part of that."

Parton also said that she'll be appearing on the final season of "Grace and Frankie" when it airs.

"We're figuring out how they want to use me, but I am absolutely going to be on it this year," she said.

This story first appeared on TODAY.com. More from TODAY:

Read Dolly Parton invested royalties from Whitney Houston song into Black community in Nashville by The Hill on MSN.com

Dolly Parton Shares Support for Britney Spears: I Understand Where She Is Coming From and How She Feels

Read Dolly Parton Shares Support for Britney Spears: I Understand Where She Is Coming From and How She Feels by People

Read Dolly Parton Spent Royalties From ‘I Will Always Love You’ On Office Complex In Black Neighbourhood by ET Canada on MSN.com