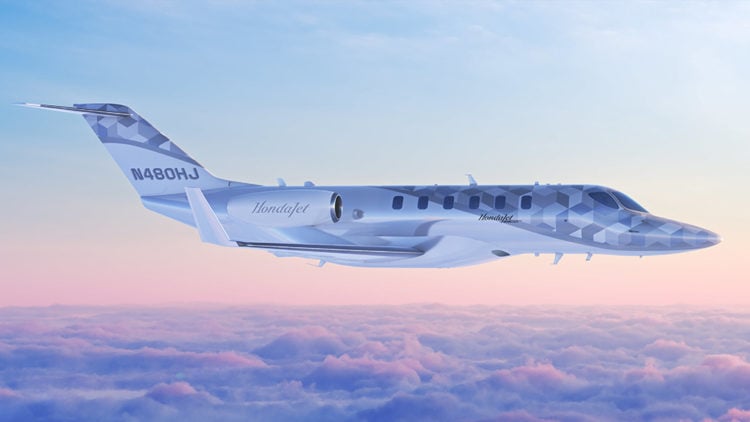 Technology is advancing so quickly that some of us are struggling to keep up with all the changes. We recently learned about a new aircraft that is being developed by the Honda Aviation Company. The Robb Report reveals a new concept jet that can make a flight across the United States without making any stops. It’s called the HondaJet 2600, and it is classified as a Light Jet concept, which is the first of its type in the airline industry. Here is everything we know about the new aircraft so far.

The HondaJet 2600 is an all-new aircraft with advanced technology and design that gives it a longer range for a light aircraft, and a cruising speed of 450 knots. It will have the capability of flying 3,020 miles before the crew will need to stop for refueling. The new aircraft has the potential to change the way airlines operate, and it could signal a decrease in the number of connecting flights and layovers needed for many airline passengers.

How did Honda accomplish this feat?

The HondaJet 2600 is designed with a configuration that mounts the engine over the wing. The fuselage is made of carbon composite with a new technology for the wings and nose they refer to as an improved natural laminar flow. These are the features that make the new prototype capable of transcontinental flights nonstop. These are options that have not yet been available in traditional aircraft.

Other notable features of the HondaJet 2600

Concerns shared by practically every transportation industry manufacturer over the status of the environment are pushing these companies to develop power systems that leave a smaller carbon footprint. New Atlas reports that the new propulsion system will produce a faster light jet that flies higher than any other of its size and it will do so with a 40 percent better fuel-burning efficiency that produces 20 percent fewer carbon emissions. In short, it’s going to save on resources, be less expensive to fuel and be a better option for the environment. The design has been under development since 1997 with some HondaJets already delivered to customers as early as 2020. This has been a years-long project with a larger wingspan, ten additional feet to the length of the jet, and double the space for baggage. Business Insider adds that the cockpit interface is more innovative than previous technologies for the system with enhanced safety, improved awareness, and reduced pilot stress. The cabins will have the highest pressurization ever and be the tallest in the history of modern avionics.

The HondaJet 2600 concept has the potential to come on the scene in the commercial airline industry and cause quite the disruption. The world has never before seen an aircraft with its capabilities. The new HondaJet 2600 will make a coast-to-coast flight across the United States without the need to stop and refuel. We may soon see many changes in the number of people stuck in airports on layovers, waiting for connecting flights, because non-stop airline service could drastically reduce the need for connecting flights and people waiting around to catch the next flight out. Frequent flyers hope that this will also translate into more affordable air travel, as the fuel consumption of the new light jet is reported to save up to 40 percent in fuel costs. We’re still in the early stages of the HondaJet 2600’s introduction to the world. They’ve not yet released any more details about the engine system, probably to prevent rivals from imitating the design concepts. The Honda Aviation company has not yet disclosed when these aircraft will be ready for commercial service, so we’ll have to wait for the next update.

What to expect on the inside

We’re all curious about what it will be like to ride aboard the new HondaJet 2600 light jet. Although Honda Aviation Company is playing their cards close to the vest, executives for the company did share a few teasers about what we can expect. So far, we know that they’re going to produce the aircraft with three new modular layouts. There isn’t going to be a ton of passenger space. We’re told that each of the aircraft will accommodate up to eleven passengers, however, the plane will run at its peak of efficiency with just five people on board. Those who enjoy more headspace will appreciate the taller cabin with an additional 4.5 inches of headspace over average light jets. They’re also making the cabin an inch wider than comparable jets. At the front of the aircraft, there is a full-height galley to make work easier for flight attendants. The bottom side of the fuselage has a massive cargo holding area built-in, thanks to the wing-mounted engines that make the extra space. You will also find a new seat design that is more ergonomic than any other seats offered on light jets. Passengers will enjoy footrests if they want to recline along with swiveling action of up to 180 degrees. There will no longer be a need for a second pilot, or so we’re told. The electronics and flight technologies will include an auto brake and autothrottle. These features will make the airplane far easier to fly. There will only be a need for one pilot to operate the craft.

When will the HondaJet 2600 go into production?

The exciting news about the HondaJet 2600 has those of us who are frequent flyers excited about the possibilities. However, we’re warned, this is a futuristic prototype. It’s not yet received the green light to go into production. Honda shared that the demand for the capabilities of this jet is already present, but they’ve not yet confirmed when the new light aircraft will go into production. They hinted at the possibility of adding yet more cool features to the final prototype before it’s time for Honda Aviation to officially start production.

A Closer Look at the HondaJet 2600 Concept

Read Honda revealed its concept for the worlds first light aircraft capable of nonstop transcontinental travel across the US — meet HondaJet 2600 by Business Insider on MSN.com

Meet the HondaJet 2600, the First Light Jet Concept That Can Fly Across the US Nonstop

Read Meet the HondaJet 2600, the First Light Jet Concept That Can Fly Across the US Nonstop by Yahoo

HondaJet 2600 Concept Can Fly Across The United States Without Refueling

Read The HondaJet 2600 Has an Unrivaled 47,000-Foot Flight Ceiling by Interesting Engineering